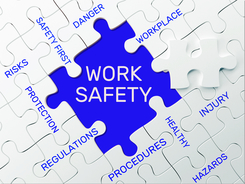 A building firm whose worker was hit by a reversing truck - then blamed him for not getting out of the way - has had to pay his widow £230,000.

The company claimed it was partly the man’s own fault that he was hit from behind by the nine-tonne machine, which then drove over him twice.

It stopped his wages on the day he died, never even passed on condolences, and his widow was made to wait years for a settlement.

But Shaw and Co Solicitors UK was determined to make the employers’ insurance company, which dragged out the case, pay full personal injury compensation.

Personal Solicitor Mary Ann Charles said: “I’m very familiar with workplace accidents and negotiating tactics are often used in the hope it will wear down a claimant.

“In this case they initially argued for a  20 per cent discount because they claimed the man should have somehow got himself out of the way, which is ludicrous.”

The injured man clung to life for several weeks before succumbing to complications caused by his injuries.

The firm was later fined several thousand pounds in a criminal court after admitting failing to ensure the safety of an employee.

“The insurers could have taken a much more constructive approach to try and deal with the claim made by the man’s widow,” said Mary Ann.

“Even when they admitted liability they said it was partly his fault, which we refused to accept.

“This continued as a negotiating tactic to try and beat the widow down, in the hope of saving tens of thousands of pounds.