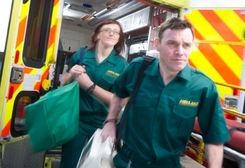 Mary Ann Charles, the family’s solicitor, said after the inquest:

“Today’s verdict brings an end to a period of unimaginable pain and distress endured for far too long by those who loved Izabelle Easen.

“Next month, it will be six years since she died in the most tragic of circumstances, and her mother Lorna hopes that at last she will now be able to move on.

“For her, this has been a miserable process in which to have been involved so long after the event, and she feels let down that it has taken so very long to reach a conclusion.

“Not only did Lorna lose a much-loved daughter in appalling circumstances but she was also denied access to knowing the truth about what happened.

“Three years passed before she learned that the paramedic involved in the treatment of her daughter had been sacked. It took three more years to get an inquest verdict so she could find out formally why her daughter died.

“During that time, she had always blamed herself by agonising about whether she could have done more. In fact, she did everything she could - it was the health services which had failed her daughter.

“In their dealings with us, the NHS Litigation Authority on behalf of the Yorkshire Ambulance NHS Trust has acknowledged serious breaches of its duty of care to Izabelle by failing to continue with basic life support until the second ambulance crew arrived, by not getting her to hospital as quickly as possible, and by failing to commence advanced life support when the second crew arrived.

“It will not concede liability for her death, claiming that ‘on the balance of probabilities’ she would not have been able to have been resuscitated.

“However you look at it, it’s a pretty appalling set of circumstances that sees a child die at home of a condition as commonly understood as asthma, and the emergency services are there within minutes.

“The truth is we will never know what may or may not have happened. Perhaps if anything positive can come out of this tragedy it will be that lessons are learned and that similar failures do not occur again.”