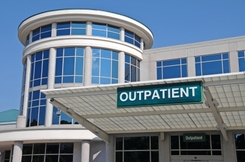 NHS cover ups which prevent relatives knowing the truth about loved ones’ deaths, and exposed by Shaw and Co Solicitors UK, could be the tip of the iceberg.

Earlier this month, it emerged that 14 hospital trusts were responsible for more than 13,000 “excess” deaths in since 2005.

But our own investigations have uncovered another problem - a worrying pattern of poor paramedic care, and a system which stops ordinary people ever knowing that anything went wrong.

For several families we have been able to get at the truth - and also recover hundreds of thousands of pounds in compensation from ambulance trusts.

But our expert personal injury solicitor most deeply involved in the work, Mary Ann Charles, fears many more of the 13,000 “excess” deaths could also be due to paramedic failures - and that families have not been told.

“I feel very strongly that the cases we have seen are the very tiniest tip of a very large and worrying iceberg,” she said.

“I think that people who have concerns about treatment should be asking questions.

“Sometimes people are reluctant to complain about the NHS, because it is a national treasure. But we’ve found that it’s often substandard paramedics - and those who cover up their mistakes - who are damaging the health service.”

We discovered that people have died following inadequate care, but that medical authorities have not told families.

Mary Ann found some of the paramedics involved were later struck off from practising by their professional body the HPC.

But three families who lost loved ones - a 66-year-old businessman, a mother-of-two aged 40 and a seven year old girl - were not only kept in the dark about the disciplining, they were also not told that the care given fell below par or that in some cases the professionals were struck off.

Mary Ann said: “There is a shroud of secrecy surrounding the inadequate treatment of some patients which should have no place in the NHS.

“It denies the relatives knowing exactly what happened to the people they loved, it denies them justice, and prevents them seeking compensation for the loss of someone who can be the breadwinner in a household.

“Just as important, it undermines public confidence in the health service - people need to know that if mistakes are made they will openly be acknowledged. That’s the only way people can feel safe that mistakes have been put right to avoid another tragedy.”

Mary Ann first discovered how problems were being hushed up while researching the issues.

“It is bad enough that questions need to be asked about the standard of care people are receiving from paramedics,” she said.

“But as these cases show these concerns are compounded by what seems to be a disturbing pattern of failing to keep relatives informed of what is going on and - in some cases - not even telling the next of kin how patients have died.”