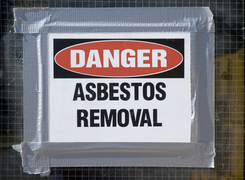 Former mine worker Ray Noble died because the National Coal Board failed to protect him from asbestos exposure being used underground in the 1960s.

But his passing away made legal history, and opened the way for untold other victims to claim compensation for asbestos exposure.

The rare cancer which killed him did not strike for decades, making it difficult after his death to locate records and evidence to support his family’s claim for compensation.

Until Shaw & Co Solicitors UK stepped in, the organisation had only ever paid out compensation for asbestos exposure related diseases by people working with the material above ground, in places like boiler rooms where it was used as lagging.

But Mr Noble was exposed to asbestos when it was used as part of an experiment to line tunnel walls deep underground at the Bevercotes Colliery, near Retford, Nottinghamshire, where he worked.

Deadly asbestos fibres filled the air as it was being applied to the tunnels and people like Mr Noble, who was 77 when he died, breathed it in. More than 30 years later, he developed mesothelioma, a type of lung cancer rarely seen until asbestos became widely used in industries.

Grandfather Mr Noble’s son and two daughters brought the case  against the Department for Energy and Climate Change, for negligence and breach of its legal duty of care.

After a protracted fight all the way to the Court of Appeal, they secured a £72,500 personal injury compensation award and a crucial ruling for the first time that asbestos, had indeed been used below the surface.

The judgement opens the way for others who fear they may have been exposed to danger in the same way to sue.

Specialist personal injury solicitor Rebecca Moore-Yelland said it was satisfying to win justice for the family after so many years of suffering - and to know that the outcome may also help others.

“The truth is that nobody yet knows how many men could be affected by this,” she said.

Mr Noble’s daughter said two things made the family determined to press ahead with the case - one was the dedication of the legal team, and the other was the thought that the outcome could help others.

“Rebecca and the team have been absolutely fantastic,” she said. “The care and attention given to the case has been amazing. We certainly wouldn’t have won without them”.